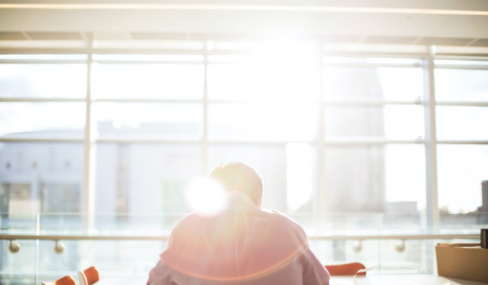 If you are in a motor vehicle accident in Ontario, “accident benefits” are available to you pursuant to the Statutory Accident Benefits Schedule, an Ontario regulation under the Insurance Act.

If you suffer a “Minor Injury” (defined in the Schedule as being “one or more of a sprain, strain, whiplash associated disorder, contusion, abrasion, laceration or subluxation and includes any clinically associated sequelae to such an injury”), your medical and rehabilitation benefits are subject to specific monetary cap (known as the “Minor Injury Guideline”) of $3500 unless you suffered from a preexisting condition that was exacerbated by the accident, that was documented prior to the accident, in which case the cap of $3500 may be waived.

If your injuries are not classified as “minor”, you would be entitled to medical rehabilitation and attendant care benefits of $65,000.

In 2015. Mr. A. Abyan, a 51 year old airport taxi driver, was involved in a three-vehicle accident. He reported experiencing immediate neck pain, and had injuries throughout his body, as well as psychological trauma. He had x-rays which documented not only his injuries, but also previously asymptomatic pre-existing conditions that had not been documented prior to the accident. He was referred to physiotherapy and continued it for six months, at which point his benefits expired. He returned to work six weeks post-accident, on a limited basis. He continued to live with pain.

Two years post-accident, physicians reported that his pre-existing injuries had been aggravated by the motor vehicle accident, and that his pain was consistent with Chronic Pain.

The insurer classified Mr. Abyan’s symptoms of Chronic Pain as being a Minor Injury as defined by the Schedule, namely a “clinically associated sequelae to such an injury”, and thus subject to the benefits cap of $3500, and refused to take into account Mr. Abyan’s pre-existing medical condition because it had not been documented prior to the accident.

Mr. Abyan fought back, and brought the insurer to arbitration before the Financial Services Commission of Ontario, in the reported decision Abyan v. Sovereign General Insurance Company (FSCO A16-003657, September. 14, 2017).

Mr. Abyan claimed that both the definition of Minor Injury, and the Minor Injury Guideline, violates Section 15(1) of the Canadian Charter of Rights and Freedoms on the basis of physical disability, which provides “Every individual is equal before and under the law and has the right to the equal protection and equal benefit of the law without discrimination and, in particular, without discrimination based on race, national or ethnic origin, colour, religion, sex, age or mental or physical disability.”

Both these changes will allow Mr. Abyan to access the $65,000 limit for medical and rehabilitation services for his chronic pain. The long-term effect of this decision is unknown, but it will potentially allow other chronic pain sufferers whose injuries are the result of a motor vehicle accident to now get the treatment that they deserve.

WE FIGHT
SO THAT YOU
DON'T HAVE TO

At Yegendorf Rashid, we have over 50 years of combined experience with personal injury claims. Our primary focus is on catastrophic injuries such as brain and spinal cord injuries and wrongful deaths, but we will guide and represent you during any personal injury case.